Still reading Godel, Escher, Bach—no surprise there. It’s a dense book, but I have made progress on several others. I finished Real Food/Fake Food: Why You Don’t Know What You’re Eating by Larry Olmstead, and promptly went out and bought a piece of real Parmesan cheese. Good stuff.

Most recently, I’ve started Hero of the Empire: The Boer War, a Daring Escape, and the Making of Winston Churchill by Candice Millard. I’m about halfway through the book and enjoying it immensely; Millard does an excellent job of recounting Churchill’s life before his rise to Prime Minister.

I took two English classes in 2016—one on sexual violence, one on South Asia—and read a number of books in each. Mohsin Hamid’s writing (fiction set in South Asia) stood out as particularly appealing; his style is straightforward and terse without losing any of it’s narrative power.

Discussing English brings me to my classes in 2016; I finished 2016 extremely pleased with my performance. In Spring 2016, I finished my final “core” pre-medical requirements at Vanderbilt with the completion of Organic Chemistry. With only one pre-med class that semester, and none in Fall 2016, I finally felt like I was no longer being pulled in two separate directions—I’ve learned the hard way why so few people combine Computer Science with a pre-med curriculum.

As I get closer to graduating, I find myself frequently answering the question “Why did you do Computer Science and pre-med?” The truth of the matter is that if I could do this over, I’m unsure of whether I would combine them. Growing up, my parents frequently told me to “do what you love”. With that in mind, I entered Vanderbilt as a Computer Science major and soon made up my mind to pursue medicine as well. The fact that I enjoy both programming and the “hard sciences” required for medical school—chemistry, biology, biochemistry, etc.—has undoubtedly helped me to make it through a difficult curriculum in four years with a GPA I am proud of. However, there are many paths that I suspect would have been easier; majors where my required classes would more closely overlap with the classes I had to take for medical school. For example, I will have taken 10 “hard science” classes; I believe that a CS major is only required to take 2. Similarly, I will have taken 5 math classes here; medical schools require at most a single semester of calculus. The disparate of requirements of computer science and medicine mean that by May 2017, I will have taken exactly 2 classes for fun—classes unrelated to medicine or computer science.

But I can’t go back in time, so I try not to think about what I would do differently if I could. I’ve enjoyed my classes and have become immenesely more knowledgeable about a variety of topics, and there’s not much more I could ask for in a college education. Now to count down to May 2017! 🎉

I took a few trips in 2016, some for interviews and some for fun. Spring break took me to the beach house in Florida for a week; other than that, all of spring semester was in Nashville. A summer biochemistry class and MCAT prep class kept me in Birmingham for most of the summer but I had a few weeks off at the beginning. I started my summer at the Kentucky Derby (turns out I’m terrible at betting on horses) before heading back to Birmingham and later to Florida. 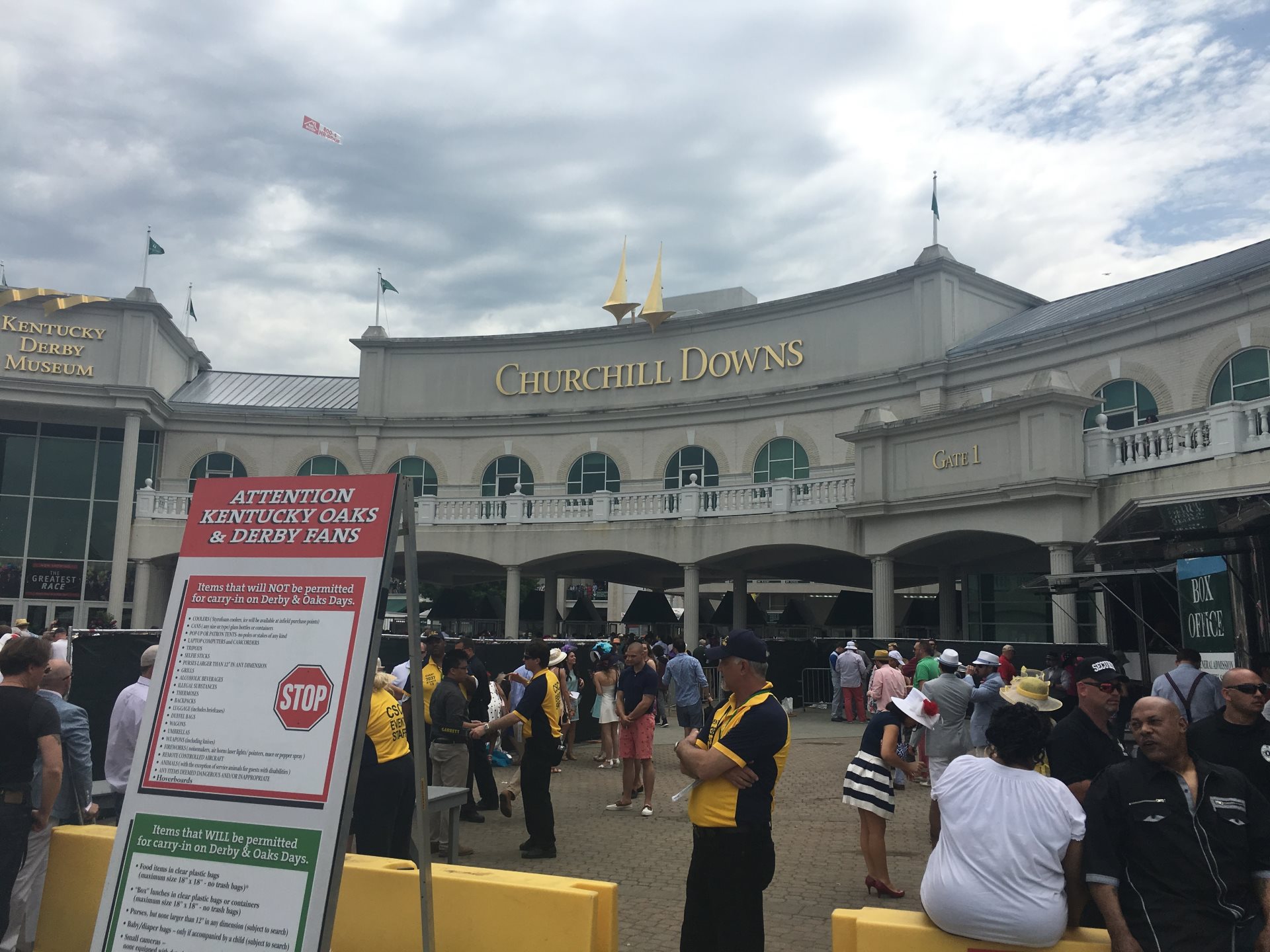 Thanks to the air conditioning breaking at the beach house, I spent much of that time alone in Florida, house-sitting and studying review books while it was fixed. This sounds worse than it actually was; the temperatures had not yet gotten too bad and I couldn’t have asked for a better place to study than an entire house to myself.

In mid-August, I flew to NYC; mostly to celebrate a friend’s birthday but also to celebrate finishing the MCAT. As usual, whenever I arrive in New York it’s a mixture of awe and timidity; it takes me a day or two each time to reacquaint myself with the pace, transportation, people, and everything else that’s so different in New York. 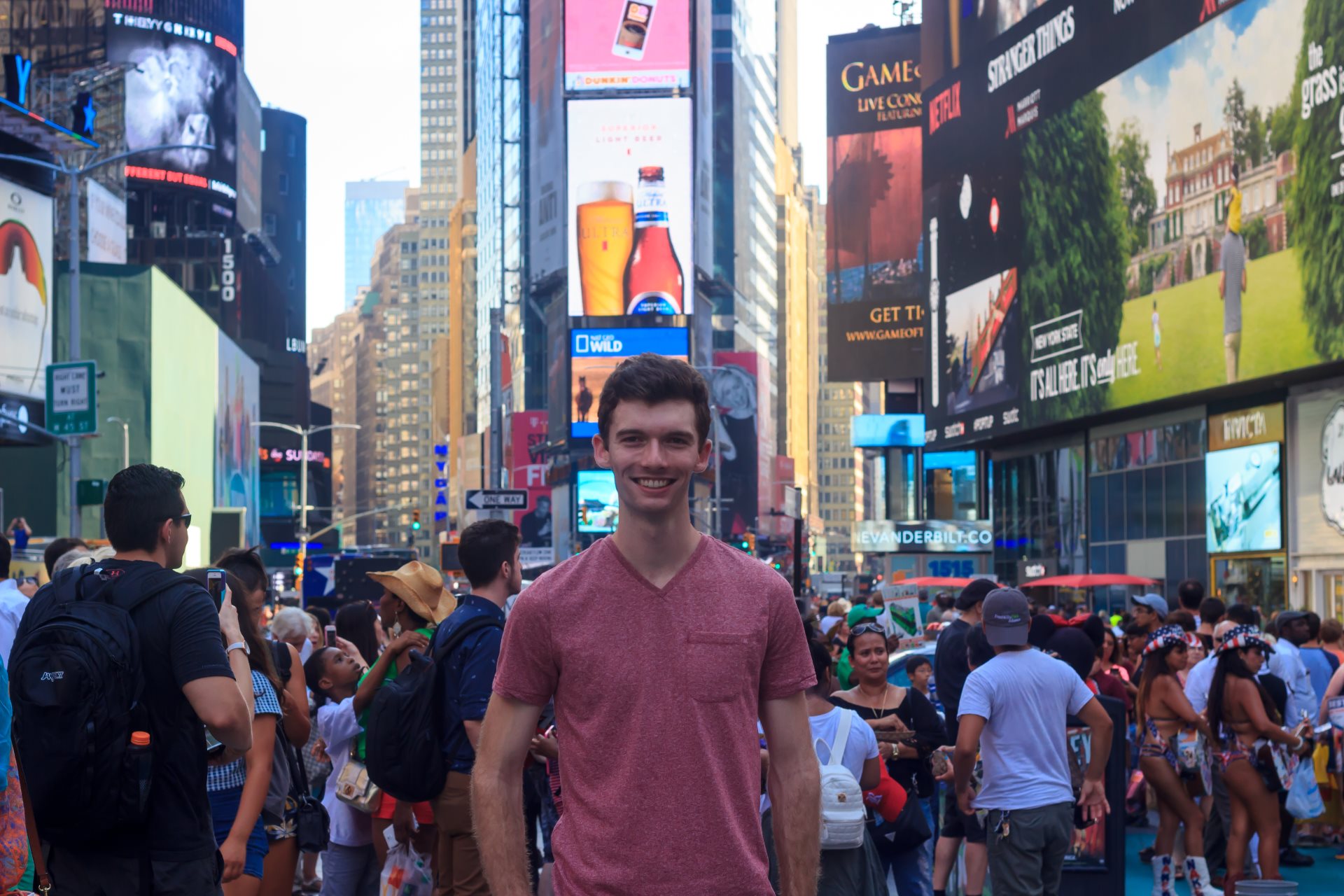 By late August, it was time to head back for band camp and the fall semester. Medical school interviews kept me rather busy in the fall, although I still found time to make it to the beach over fall break. As I’m still in the interview process I shouldn’t say where I’ve interviewed, but I can say I am immensely thankful to my parents for all their help with my travels.

Vanderbilt football’s unexpected win over Tennessee sent me to the Camping World Independence Bowl in Shreveport, LA on December 26 with the marching band. Overall, the trip was a great way to finish 2016, although it wasn’t without its rough spots. Due to a misunderstanding over what to leave on the bus, I almost left my saxophone, as well as a friend’s saxophone, in Nashville. We had a chartered flight to Shreveport on Christmas Day and I spent the entire flight thinking that the saxophones had been left in Nashville; however, when we landed I saw them—the first two items to come off the plane. Unbeknownst to me, the bus had turned around and made it back to the tarmac during the preflight safety briefing, giving the ground crew just enough time to get the saxophones on the plane. Proving that the Vanderbilt band is the best band (to be in) in the SEC, we were allowed to go to the local casinos that night, where I learned I have more luck with slots than with betting on horses.

2016 was by far the busiest year in my pre-med journey. When the year started, I had no idea where I would apply, when I would take the MCAT, or what I would write about in my personal statement. By the start of 2017, I had my first acceptance! I started my AMCAS application in early 2016 and signed up for an August MCAT date, knowing that a later date would allow me to study for the MCAT and take Biochemistry over the summer. I wrote my personal statement after finishing classes and submitted my finalized AMCAS application two weeks after submissions opened. I took the MCAT on August 5, then turned my attention to finishing the various secondary applications I was receiving. There are still a few loose ends on interviews and paperwork but it’s nothing now compared to how busy I was at the height of the application process. Advice to anyone applying: start early, stay confident, and stay organized.

On a spur-of-the-moment decision, I applied to the Google Summer of Code program, thinking that part-time remote development would be the perfect match for spending my summer between Birmingham and Florida, studying for the MCAT and learning Biochemistry. To my mild surprise (given my impromptu decision to apply), my application was accepted and I started to write tutorials for Cytoscape.js. My final posts are on blog.js.cytoscape.org and cover an introduction, animating graphs, and depicting a social-network-type graph, first on the browser, then using Electron on the desktop, then using Cordova on mobile.

In school, I had the chance to branch out from requried CS classes and choose classes more closely aligned with my own interests. In Spring 2016 I took a Big Data class, which culminated in a group project where I used PySpark and SciKit-Learn to analyze economic data to predict recessions. The project dealt with economic data, but it’s easy to see how the same software could easily look at health data for predicting disease risks to aid in prevention and early intervention.

In Fall 2016 I took a Web Development class, which left me thankful for my summer spent working with Cytoscape.js and learning JavaScript. Although we spent some time discussing HTML and CSS, they were only a miniscule part of the class with the majority dedicated to “all JavaScript, all the time”. I spent the semester building a Solitaire application, first in jQuery and then moving it over to React. It was by far the most involved class (in terms of homework) I had in Fall 2016 but gave me a chance to learn new ES6 Javascript syntax, Webpack, Node.js, Jade, using Bootstrap for CSS, jQuery, React, Babel, and probably a few more technologies I’m forgetting.

I’d describe 2016 as the year that my CS classes went from homework to projects—fewer and larger assignments, and a much more realistic model of real-world software development.

I slowly increased my weekly milage in 2016 and decided in December that I would aim for my first half-marathon. I’m running in the Nashville Rock-n-Roll Half-Marathon on April 27! It’s still 4 months away, so training hasn’t picked up too much for it yet; however, I did a 10.4 mile run last weekend so I’m feeling pretty confident about being able to do 13.1 by April.

I’ve continued to work with Cytoscape.js following the end of my GSoC project; in late 2016 I first wrote a set of slides with reveal.js and embedded Cytoscape.js graphs and am now working on finishing some small features for the v3.1 release.

Now that I’ve had time to get familiar with Cytoscape.js I am working on my own project. It turns out that the Canadian government funds a website called DrugBank, which contains over 8000 entries of various pharmaceutical drugs. All interactions between drugs are also listed, which makes the data set great for graphing—I envision being able to search for or click on a drug, then having all other drugs which interact with the selected drug highlighted and being able to read about the interactions. I think it’ll be a great tool for education, plus it’s an excellent way to demonstrate one of the many ways that computer science and medicine can be integrated.

As mentioned above, my college curriculum has often left me feeling like I’m trying to be two different people at once—Joseph the scientist and Joseph the developer—so I figured I might as well embrace it and go for a minor. After finishing Biochemistry I was only one class away from the minor, so I’m finishing up my college career with Bioinorganic Chemistry to receive a chemistry minor.

One acceptance so far, with the process still ongoing. It’s quite the process and one I don’t want to talk about too much while I’m still in the middle of it. More details coming later. Hopefully I can write another post before January 2018.

Hard to believe I’m almost done at Vanderbilt! Things have gone by in a hurry; I still remember moving into Hank Ingram House in August 2013 and now I’ve already made plans for my graduation brunch. Right now it’s looking like I’ll graduate in May and have a few weeks off before beginning my next adventure: medical school!